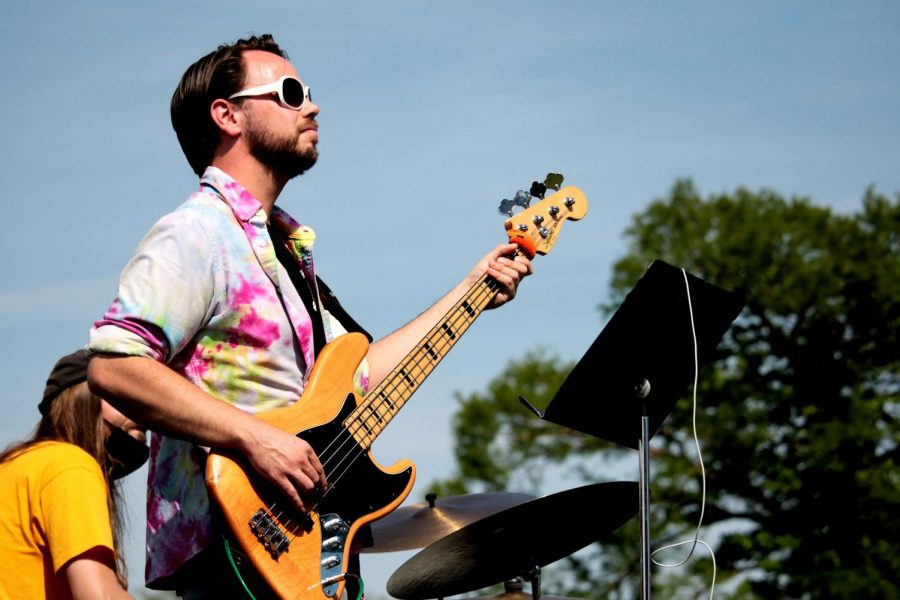 The sound of a finely tuned guitar and a smooth southern voice began to ring through the air, drawing in crowds of eager listeners.

Students sat around Bayou Park clutching chip bags, snow cones and coke cans as the music echoed throughout the park.

Three sets of unique and musically diverse acts were performed during the outdoor concert, offering the crowd a different taste from the last performance.

From mellow country to psychedelic rock to rap, these artists all gave students something to dance, relax or sing along to.

Paul strummed the strings of his instrument and clouds parted above, allowing the many rays of sunlight to irradiate the brown-hued body of the guitar as he played.

Ever since his father put him on a set of drums when he was two, he has been a lover of and devotee to music, especially southern sounds.

Paul has an extensive background in music. He was in several cover bands when he was a student. Today, Paul creates a mix between the traditional and modern pop-country.

Paul has felt the effects of the COVID-19 pandemic that has rocked the music industry and world.

“It’s been difficult for artists to record because it’s expensive, and many artists struggle,” Paul said. “Anytime you support a local artist, it’s a big deal. Share their music, buy merch.”

The band’s talent is evident through the sounds of a rich synthesizer, guitar, bass, drums, berry saxophone, trombone and strong vocals.

With a melodious combination of talents, Six O’clock Traffic brings a charismatic and spunky presence to the stage.

“It’s extremely important to support other bands,” Schweinefus said. “One of the best ways to support a band is to not stream their music, but actually buy it.”

MainMain is a dedicated solo artist who consistently wows listeners with his unique verses and confident stage presence.

“His energy was great and a strong crowd interaction,” Sadler said.

All artists who performed at the event have music available on different platforms such as YouTube, Spotify and Apple Music.