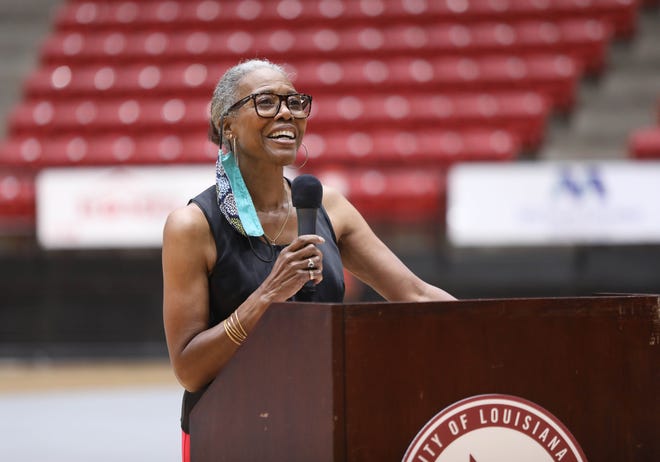 For Pamela Saulsberry, social work is more than a job—it’s a calling. And she has answered the phone.

Saulsberry, ULM’s executive director of diversity and equity, was named ‘Social Worker of the Year’ by the National Association of Social Workers earlier this month. Evelyn Jenkins, the chairperson of NASW-LA’s Monroe chapter, nominated her for the title.

“Dr. Saulsberry set the standard for social workers in Northeast Louisiana and has been a positive role model for many of us during her career,” Jenkins said.

When choosing her college major many years ago, the string of fate tugged Saulsberry in the direction of social work.

She was drawn to the profession’s core values before even truly knowing what they were.

“I knew I liked to help people help themselves and I never liked people to be treated unfairly or disrespected,” Saulsberry said. “That was reflected and inherit in the social work profession.”

Over the years, Saulsberry has held numerous titles, worked on several boards and tackled a plethora of issues.

Her first job as a professional social worker was being a community aide. Community aides help their clients gain access to social benefits and services.

Saulsberry said earning this title affirmed her status as a social worker.

“I know the competition for this award, the types of contributions those in this category have made,” Saulsberry said. “Therefore, to become the one recipient of this award will perhaps be one of the greatest affirmations I will experience.”

Others believe Saulsberry’s status was affirmed long ago.

William McCown, the director of the College of Business and Social Sciences, has known Saulsberry since the early 2000s. He said he learns something new from her almost every day. From Saulsberry’s clinical skills to her compassionate heart, McCown follows her “strong and continuous example.”

So, it came to no surprise to him when she was awarded the title of Social Worker of the Year.

“Even in a profession known for its caring and intense sacrifice, [Saulsberry] simply stands out as exceptional,” McCown said. “She is living proof that effort, decency and pursuit of what is right will pay off.”

At the end of every email, Saulsberry includes two quotes: “The greatest mistake we often make is living in constant fear that we will make one” and “Nothing beats a failure but a try.”

Interim Dean Peggy Lane of ULM’s College of Business and Social Sciences said she believes this is a testament to Saulsberry’s “unwavering enthusiasm.”

Saulsberry has impacted several people’s lives as a social worker and professor. Many of those people have been children or students. And to her, that’s the best part of the job.

“I call that the ‘paycheck’ one can never spend,” Saulsberry said. “That feeling stays with me.”