Warhawks shut out 5-0 by SEC’s LSU 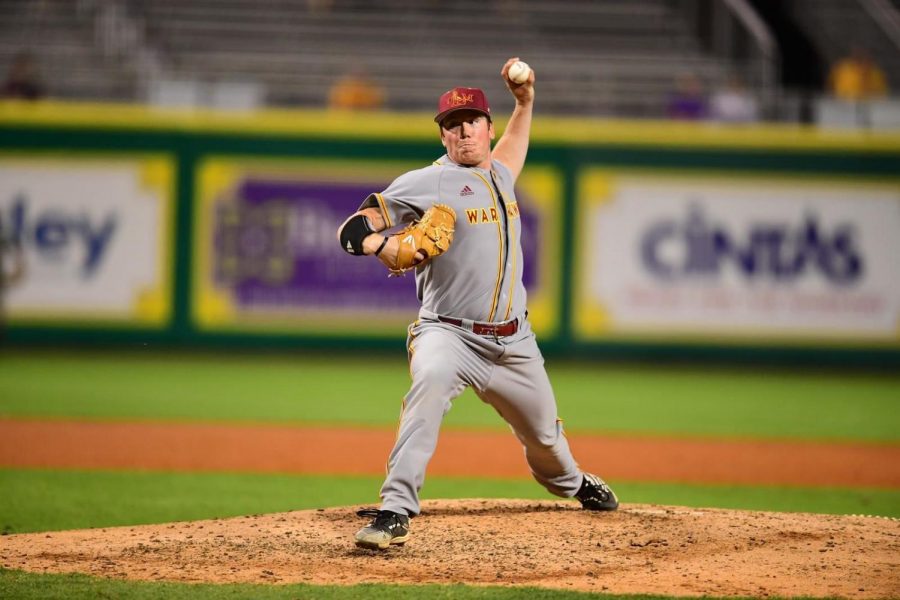 However, the Warhawks failed to score any of these runners and were shut out 5-0.

This was their final matchup against an SEC team, finishing with two wins and three losses.

After being shut out, the ULM has lost five of their last seven games. They hosted Southern University for a three-game series later in the week.

The Warhawks had runners in the first two innings, but were unable to score.

The Tigers took advantage and struck in the third inning with a single from Cade Doughty, scoring Tre’ Morgan. This started a four inning stretch of scoring for the Tigers.

In the bottom of the fourth, Alex Milazzo singled to the left side, which scored Giovanni DiGiacomo.

In the bottom of the fifth, Gavin Dugas produced a single down the right side and scored Dylan Crews.

In the sixth inning, after a throwing error, baserunners DiGiacomo and Jordan Thompson scored the final points of the game at 5-0.

Despite the Warhawks producing seven hits and having six leadoff baserunners, the Warhawks remained scoreless.

Tyler Len was given the loss, which makes his season record 3-2. He threw for three innings, recording three strikeouts while allowing four hits and one run.

Out of the eight pitchers LSU used during the game, the win was granted to Will Hellmers. He tossed three innings and recorded one strikeout with three hits allowed and no runs.

The Warhawks have one series against a Power Five school left on their schedule. They travel to face the BIG-12’s TCU on May 14.

Although the Warhawks are currently in last place in the West Division in the Sun Belt, their chances for the NCAA tournament are still alive.

They can earn an automatic bid to the NCAA tournament with a Sun Belt Conference Championship title.