Hawks on the rise again 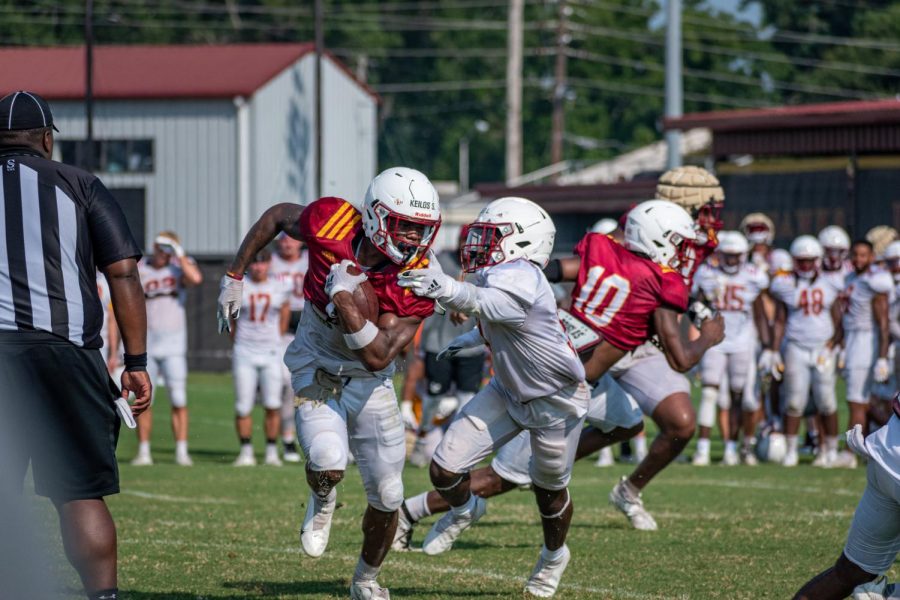 Change is coming. After grueling summer workouts, football at ULM is on the horizon. The excitement around Terry Bowden’s Warhawks has all of ULM anticipating the start of the season.

Bowden helped raise hype for the season with the help of university president Ronald Berry. The two traveled the South in the Berry-Bowden Roadshow as a way to visit with ULM alumni.

The roadshow ended with the Pursuit, where Bowden met with the media and fans in Monroe.

While the team has dealt with challenges on and off the field ever since the first practice, they most recently faced their greatest. Terry Bowden’s father, hall of fame coach Bobby Bowden, died.  Terry Bowden stepped away to be with his family prior to his father’s passing.

But the team did not slow down in Bowden’s absence. Associate head coach Rich Rodriguez filled in to ensure the team stays at full speed. Between Rodriguez and Bowden is nearly 50 years of head coaching experience.

After the worst season in school history, many would be skeptical if Bowden, the former Bear Bryant Award winner, is enough to make strides this season. However, much more has changed in the offseason. The star status of Bowden and Rodriguez has attracted new players. Over 50 players have joined Warhawks football, many coming from the transfer portal.

Rodriguez has been a mastermind of developing effective running games. The Warhawks struggled to get a run game going, averaging three yards a carry and not breaking 100 yards rushing until their final two games.

Defensive coordinator Zach Alley has to get his defenders to get third down stops, a stat where ULM was among the worst in the nation.

Many coaches may feel stressed or distraught when taking over a losing team. The seasoned coach Bowden uses this to his advantage. Almost all of his teams had losing records upon his arrival, and within two years they had winning records or were bowl eligible.

While there has not been a decision on who will start at quarterback, Rhett Rodriguez, son of Rich, has stood out from the rest ever since their spring game. His experience at Arizona and a fundamental understanding of his father’s system has helped his development.

The season kicks off against the SEC’s Kentucky. The Wildcats are coming off a 5-6 season and a bowl victory over North Carolina State. The Warhawks’ other opponent in the SEC is LSU. The Tigers had a rough 2020 campaign. They did not compete in a bowl game for the first time since 1999.

Nov. 27 is a day all returning Warhawks have marked on their calendar. That day is their chance to redeem themselves after an embarrassing 70-20 loss to Louisiana-Lafayette at home.

ULM has their first home game against Jackson State. They are led by NFL hall of famer Deion Sanders. Sanders was coached by Bobby Bowden at Florida State before being drafed into the NFL.

ULM will get a chance to compete with seven teams from last season, six of whom are in the Sun Belt. They also face Liberty, a team who shut down their offense, silencing the Warhawks 40-7.