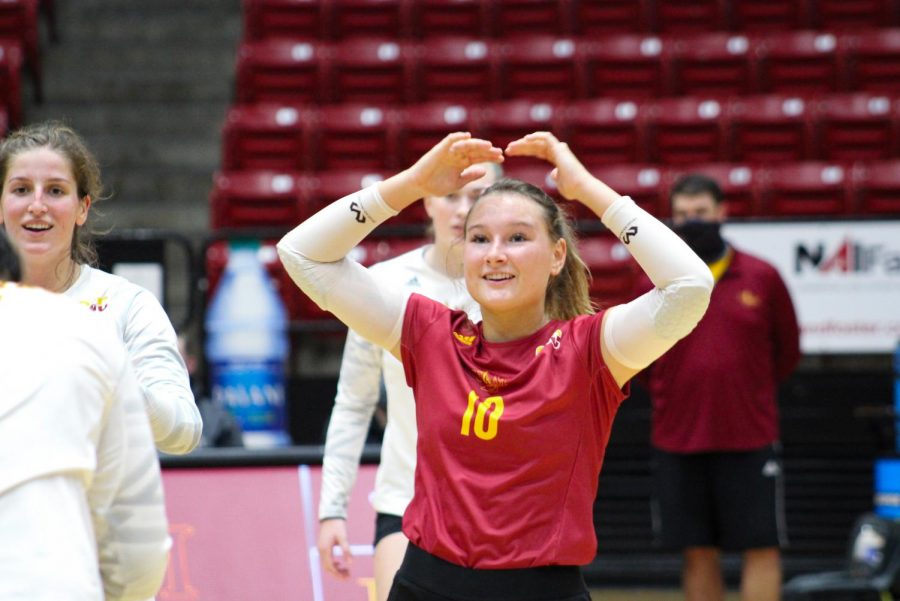 With the regular season looming, Warhawks volleyball hosted the Southeastern Louisiana Lions in a five-set exhibition matchup. The youth-filled ULM team was bested four sets to one by Southeastern. This is their only showing before opening against Oral Roberts on Aug. 27 in the Katrinka Crawford Invitational at Lamar University.

ULM showed flashes of their potential throughout the matchup. In the fifth set the Warhawks found themselves trailing 1-10 against the Lions. The young Warhawks fought their way on an impressive 11-2 run. Southeastern however would quickly jump ahead and seal the final set 15-12.

“Southeastern was a great challenge,” said head coach Charlie Olson. “They were ranked third in the preseason polls for their conference.”

The Warhawks were victorious in the second set with a stingy defense that never allowed the Lions to take the lead.

ULM posted a 70% hitting percentage in the second set. Their defense held Southeastern to their worst in the showcase, limiting them to 40%.

“We had to shake off our first game jitters,” said Olson. “I saw it even in our veterans.” Olson is entering his third year as head coach of volleyball at ULM. He looks to right the wrongs of last season as this year’s schedule returns to normalcy. ULM will get to play a full conference schedule, whereas last year they did not compete with the Sun Belt’s eastern division until the conference tournament.

“We dug ourselves into a massive hole in the fifth set,” Olson said. “We can either let this define us or use it as an opportunity to change.”

Olson’s team will be tested early on with a 10-game road trip to open the 2021 campaign. It will not be until Sept. 14 until the Warhawks return home to host Louisiana Tech.

Olson hopes this trip, which includes two invitational tournaments, will give his team time to build chemistry together on and off the court.

This team is drastically different from the one that lost 22 straight games last season. There are 10 new members of the team, nine of whom are freshmen, and another who is a redshirt junior from Hofstra. Mariana Volponi e Giordan is expected to bring some veteran experience on a team with just one senior.

The Warhawks will play against high-level teams this season. They will face off against the likes of Houston, Tulane, Mississippi State and Missouri State.

In addition to Louisiana Tech and Tulane, they will face many in-state rivals. They will meet Northwestern State, Grambling State and matchup with McNeese State twice before meeting Lafayette in conference play.