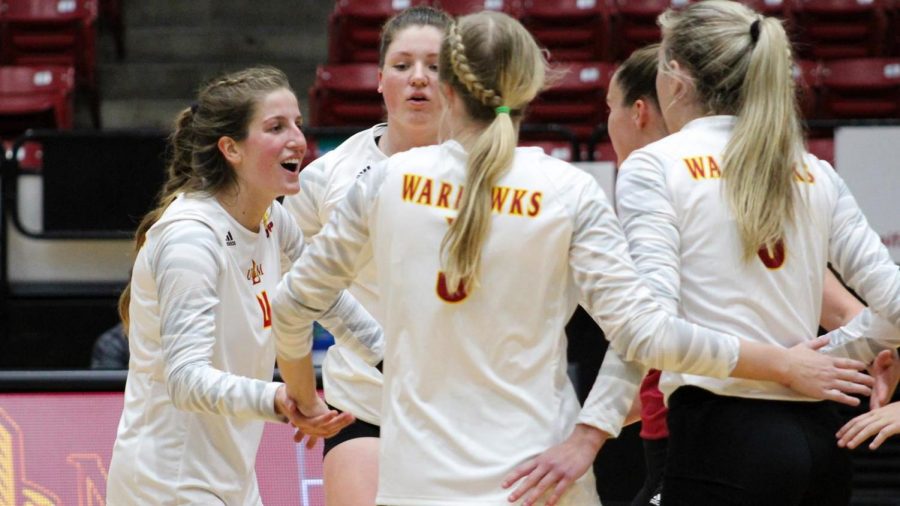 ULM volleyball (3-8) continues to struggle after having some initial success this season. Since starting the season 3-1, they have now lost their past seven games.

The Warhawks faced off with three teams in the Dr. Mary Jo Wynn Invitational and all three results were 3-0 losses. ULM met with Tulane (6-3), tournament host Missouri State (6-2) and the University of Saint Louis (5-4).

Against Tulane, the Warhawks couldn’t  match up with the Green Wave. Senior Cali Assaley led the Warhawks with 10 kills but she missed the next two games with injury.

Tulane’s Taylor Henigsman had a career night with 30 assists dished out against ULM. Junior libero Madeline Hogan recorded 22 digs for the Warhawks.

Although the Warhawks have strugged through their past few contests, none have been worse than their matchup with Missouri State.

In the second set against the Bears, ULM was limited to just seven points. Meanwhile the Bears were able to string together 13 straight points against a ULM team struggling without its veteran leader.

The Warhawks played respectable in the first set. They were within three points late in the matchup, but Missouri State closed out before they could catch up. The Bears carried the momentum over from the second set and ended the match quickly.

ULM came closest to victory in their first set. The Warhawks had the chance to rally late while down 21-19. The Billikens didn’t let up and they extended their lead to the final set score of 25-21. Saint Louis closed out the game with two sets

Junior setter Mariana Volponi e Giordan impressed her peers with three straight aces in the second set against the Billikens. Fisher once again showed up and recorded 15 assists through three sets.

So far ULM has played all of their regular season games on the road. Only two of these games were in Louisiana.

ULM ends their grueling road stretch Tuesday when they return home to host Louisiana Tech. This will be the only home game before conference play begins.