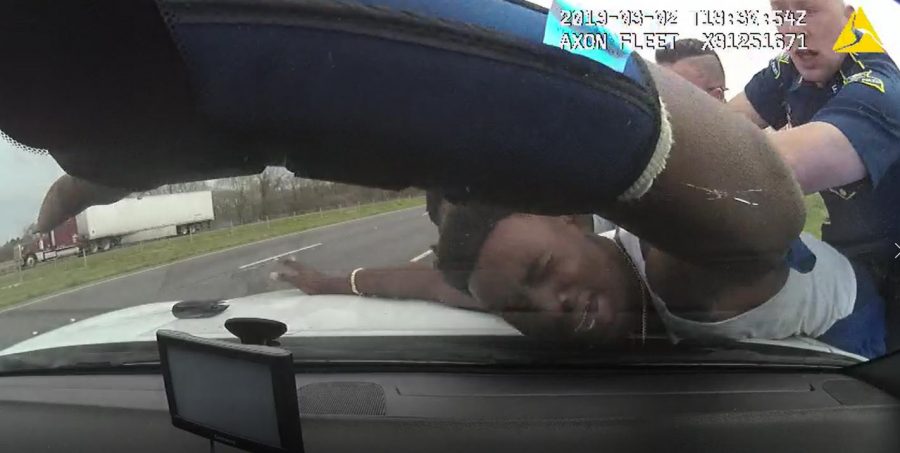 The deadly arrest of Ronald Greene by Louisiana State Police shocked people all across the state.

Cases of police brutality were becoming all too familiar, but never were they this close to home.

Many people were stunned by not only the proximity of the incident but by the police’s ability to cover it up for over two years.

Once video footage of Greene’s death was obtained and released by the Associated Press, a federal investigation was opened to look into state police misconduct.

Throughout this investigation, AP obtained at least a dozen videos that show acts of police misconduct and brutality by Louisiana State Police troopers.

According to AP, in one of the videos, a state trooper slams a Black man against a police car after finding marijuana in his car. The officer then proceeds to throw the man to the ground and repeatedly punch him, all while the man was handcuffed.

Allegedly, Louisiana State Police troopers and their bosses purposefully concealed evidence of beatings, deflected blame and impeded efforts to root out misconduct. They allegedly omitted uses of force and claimed suspects were violent or escaping, which contradicted the video footage.

A majority of those beaten in cases obtained by AP were Black individuals. This revealed a pattern that goes along with the agency’s own tally that 67% of its uses of force have targeted Black people.

This pattern of racially motivated incidents did not come as a shock to many students even though some incidents were here in their own community.

Jailyn Ivy, a junior political science major, said she was not surprised by these incidents because they are a part of her reality.

“It really doesn’t change my opinion on the area because being Black, it is my reality. Although, it is upsetting to see this happen in my own backyard,” Ivy said.

Blaine Warren, the vice president of College Democrats, agreed that it is racially motivated but feels the blue curtain phenomenon is also to blame.

Warren said the blue curtain phenomenon is when police officers are taught to value their own well-being over the well-being of suspects, civilians and criminals.

“You are taught to assume your colleagues have perfect judgement and need to be supported no matter what,” Warren said.

No matter what is causing the incidents, students believe change needs to happen now.

Ivy said the changes need to happen before police even enter the field.

“I think mandatory psych evaluations and racial sensitivity training would be a big help,” Ivy said.

“There’s no reason someone should get away with threatening someone’s livelihood especially without valid reasoning,” Williams said. “Hold people accountable.”

Many police departments have put in an effort to educate their officers on police misconduct and brutality and racial inequalities.

While this is the beginning of change, Williams believes the problem will never be fully fixed.

“I do not think there will be an end to police brutality,” Williams said. “[There will] just be a very rebellious future for all of us.”