Warhawks stall on all fronts as Panthers win big 55-21 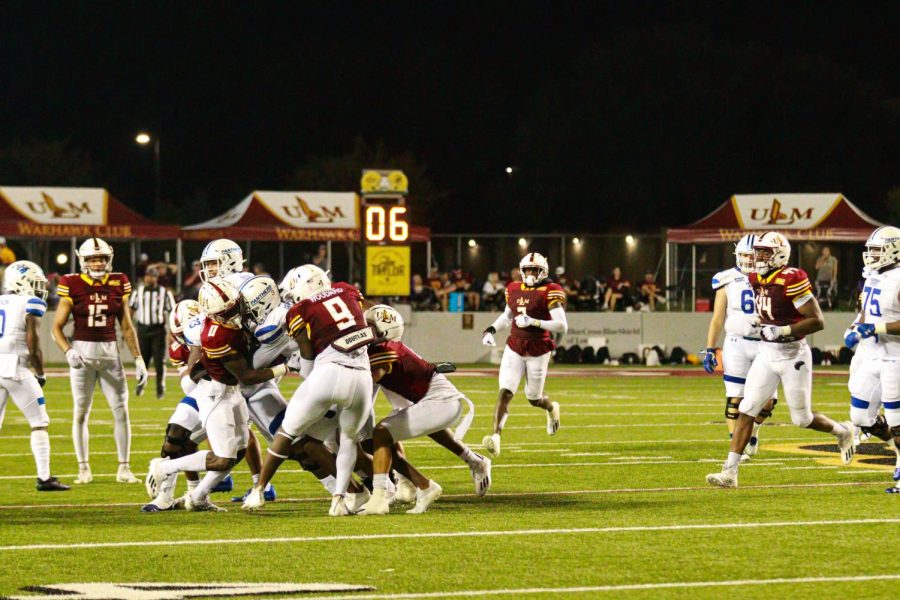 Not everything can be left in the past. Just like last season, ULM gave up over 50 points in their second-straight loss to the Georgia State Panthers in a game that ended 55-21. Georgia State (2-4, 1-1), who only put up 16 points against Appalachian State the previous week, broke their season high in points scored as they annihilated the ULM Warhawks (2-3, 1-2) last Saturday night giving the Warhawks their first home loss of the season.

“Everybody gets a little bit of blame for that one, offensively, defensively and the kicking game,” head coach Terry Bowden said. “As the head coach, I have to assume responsibility for our guys being ready to play and having things they can do successfully. We weren’t very good on offense, or defense or the kicking game.”

ULM had a difficult time holding onto the football. ULM fumbled three times in the first half. One play would cost them 14 yards which made it second-and-39. Another fumble fell into the hands of a Panthers defender.

The Warhawks were able to get back into field goal range in the second quarter with a 28-yard catch by wide receiver Boogie Knight on third-and-33. However, kicker Calum Sutherland missed just his third kick on 12 attempts this season.

Both quarterbacks led their teams in rushing with Rogers having 76 yards rushing and Grainger with 81 yards rushing.

ULM will be back on the bayou at Malone Stadium this Saturday at 6 p.m. to face the Liberty Flames (5-1) who soundly defeated Middle Tennessee State 42-13.