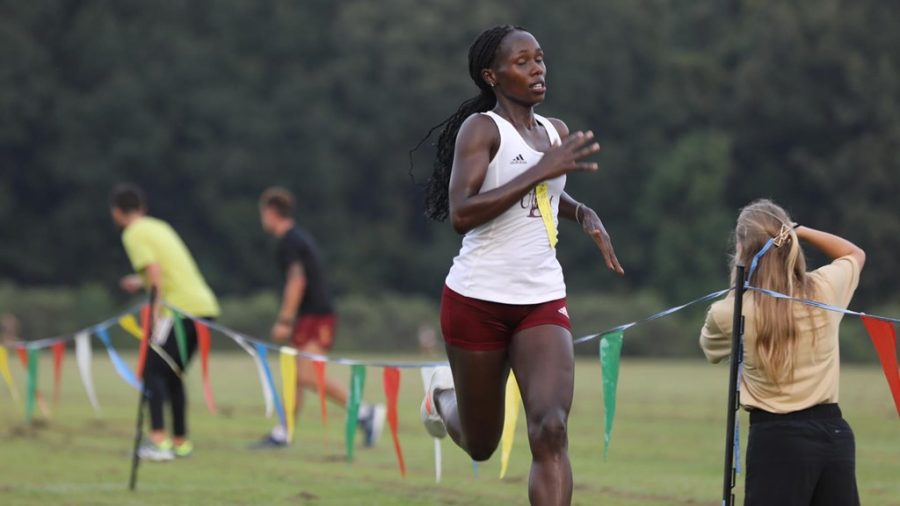 Campbell’s only 6K came at the 2019 Mid-America Intercollegiate Athletics Association Championship, placing 52nd in 23:55.5 while competing for the Blue Tigers.

The Warhawks totaled 514 points as a team. Tennessee won the event with 67 points.

Grutkamp, a native of Mülheim An Der Ruhr, Germany, scored the first and third goals in last Sunday’s win. ULM struck first in the 17th minute. Freshman Taylor Henry dribbled to the right side of the 18-yard box and sent a cross to the front of the net. Grutkamp was there to slide the ball past USA keeper Jaidy Campos into the lower right corner of the net for the 1-0 lead.

The Warhawks pushed the lead to 3-0 in the 48th minute. Junior Efi Brame worked into the right side of the 18-yard box and centered a pass to the front of the net where Grutkamp was able to convert again.

Grutkamp has four goals and three assists on the season.

Grutkamp’s efforts in the match against South Alabama helped the Warhawks snap a three-game losing skid following the best start in school history.

The Warhawks competed in the 8K at the Chile Pepper Cross Country Festival hosted by Arkansas on Oct. 1, and they finished in fifth place overall.

The Warhawks tallied 131 points in the 8K race. Central Arkansas won the race with 36 points, while Arkansas State was second at 50 points and Little Rock was third at 56 points.

Next up for ULM is Sun Belt Conference championship in Mobile, Alabama on Oct.  29.