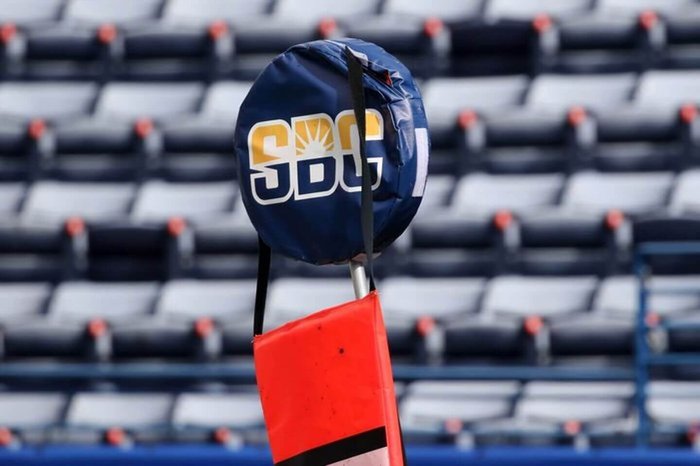 The landscape of college sports is set to change with conference realignments underway. The initial announcement that Oklahoma and Texas would join the Southeastern Conference caused a ripple effect through the NCAA.

As reported by the Athletic, Southern Mississippi will make the move from Conference USA to the Sun Belt. The Golden Eagles are the first team reported to join the Sun Belt, but there are expectations  that more teams are to follow.

Six universities announced that they would be leaving C-USA and joining the American Athletic Conference.  Fellow C-USA teams Marshall and Old Dominion are also expected to follow Southern Miss in joining the SBC.

The moved are expected to be finalized this week and Southern Miss could begin competing in the SBC as soon as 2023.

While the move has many positive notions for the Golden Eagles, the departure of nine teams from C-USA could put the conference’s existence in peril. For championship bids, conferences are required to have a minimum of six members. Conferences also need a minimum of eight members to be eligible for FBS competition.

Geographically, Southern Miss is located in the middle ground for much of the SBC.

Currently, the SBC has 12 members. Ten of these members are football members. The most recent member to join was Coastal Carolina in 2015.  The SBC lost four members in 2013 and one more in 2014.

ULM redshirt junior guard Kierra Brimzy has been selected to the Preseason All-Sun Belt Conference Second Team, as voted on by the conference’s head coaches and announced last Thursday.

The Louisiana native and Natchitoches  Central alumna played in and started 22 games in her first season on the court as a Warhawk in 2020-21, leading ULM with 13.7 points per game while adding 3.1 rebounds and 1.9 assists over 31.4 minutes per game.

She tallied a season-high 24 points twice, doing so at Texas State and at Northwestern State. She finished the season with 22 points, four rebounds and two assists against App State at the SBC Championship.

“We have so much talent in our league and we are thrilled to see Brimzy’s hard work, on and off the court, get recognized,” head coach Brooks Donald Williams said. “I know she realizes she is just getting started and we have much to do but what a great preseason honor.”

The Warhawks face Millsaps in an exhibition game at 6:30 p.m. Nov. 1 before opening the regular season at 6 p.m. Nov. 9 at Grambling State.

The Ragin’ Cajuns have the most nominated players on the list with three.

The Warhawks wrap up the fall schedule at the Hoakalei Collegiate Invitational in Oahu, Hawaii, Monday and Tuesday.