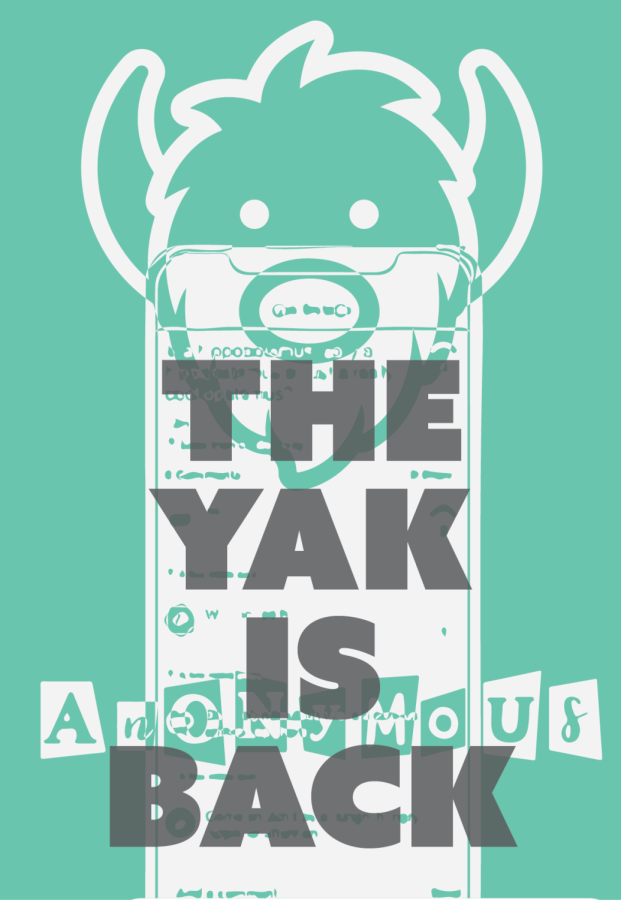 “All love, no real names, not hate.” That is the message every YikYak user sees before they finalize a post on the app. Yet many are opposed to its return to the app store.

The app was originally banned in 2017 for reports of harassment and bullying. Earlier this year the rights to the name were sold and the new owners brought back the app.

YikYak’s platform enables people to voice their opinion or engage with the community.

Because of anonymous posting, YikYak has the potential to spread hateful messages. That’s why some think it should be banned again.

But if YikYak should be banned for the way people behave, shouldn’t all social media be viewed under the same lens?

Any platform can be used for bullying or harassment. People can—and have—used platforms such as Facebook, Twitter and Instagram for these purposes. They can register under fake names to be just as hidden as a user on YikYak.

Most of the posts on YikYak are tame. People anonymously ask what they should get from Starbucks or ask who else is worried about their accounting homework. And since you can only see posts made by people within a five-mile radius, the invitation to engage with other users is always there.

The first purpose of the app is to entertain while the secondary purpose is to inform.

Yes, there have been instances here in Monroe where people have taken things to the extreme on the app.

People flooded YikYak with their gripes about National Coming Out Day.  While this was toxic, the same hate could be found much more commonly on other platforms. It may be uncomfortable knowing people in close proximity say something you find offensive, but I find that knowledge beneficial.

In the new iteration of YikYak, I have seen excellent moderation. The app has a list of explicit words that can be filtered out with a setting known as the “cuss buster.”

Harsh and offensive terms are automatically deleted from posts and comments. Users can also report posts if they feel someone’s privacy is being violated, and the moderators quickly take down the comments and posts.

The anonymous nature of YikYak is something else people worry about. However, a phone number is required for registration. This means that law enforcement can get involved if dangerous situations arise.

The app isn’t inciting hateful speech or acts. In fact, it has a firm stance against it. So let the people say how they truly feel.