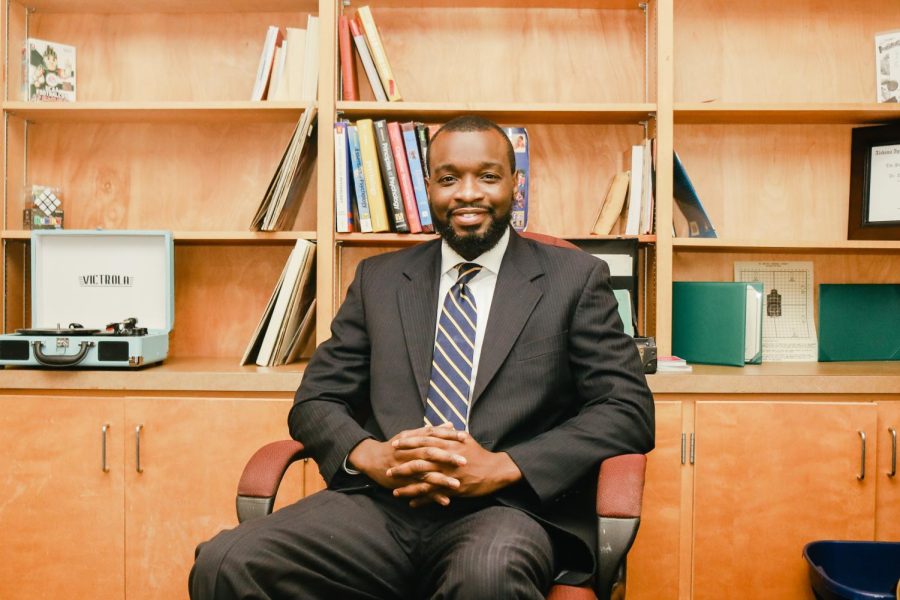 What do Chick-Fil-A and a mental health app have in common? The need for consistency.

“When you go to Chick-Fil-A […] you know every time you go, you can expect good service,” said Daniel Upchurch, an assistant professor of psychology. “However, when they do something that’s not great […] it diminishes your chance of actually going or wanting to go.”

Upchurch said these are the same feelings students have when they don’t get consistency from a mental health coach or therapist.

In Upchurch’s research project on college retention, he found that by focusing on school stressors students face and providing students with resources to decrease the effect of these stressors, retention rates increased.

After his project, he knew he had to find a way for students to manage the stressors faced in college.

This is when he had a vision for an app that could do just that.

He went to his best friend, a computer scientist, and asked for help.

They began formulating a mental health app with the sole purpose of using guidance coaching and therapy to help students manage issues before they become a problem.

This is when they created Positivity+.

According to their website, Positivity+ is a telemental health app that provides affordable support, guidance coaching and therapy to students through a user-friendly app.

On Positivity+, students can schedule in-app sessions with a coach near them to help with their specific needs. These needs can be anything from getting somewhere on campus, translating something into Spanish or assisting in mental health struggles.

Coaches help students work through their problems by using various therapeutic techniques so students can learn ways to manage future similar problems on their own.

Positivity+ is unique because the app requires consistency from coaches and students.

Although it has only officially been an app for four months, it has been wildly successful.

According to Upchurch, the app is running at four different universities. They can see the differences it has made in the lives of many students.

Of the students who were said to need the app the most by their university, 90% have continued sessions through the app and have seen benefits from it.

The app was presented at the American Psychiatric Association and people raved over it.

They also got a contract which has allowed them to push the app to more audiences while providing more resources to clients.

William McCown, the director of the College of Business and Social Sciences, said he shared with a professional organization major apps to utilize for mental health conditions or personal advice. Upchurch’s app is at the top in his field.

“The better [apps] are ones based on science and our understanding of what motivates people,” McCown said. “Dr. Upchurch’s app is science-based but it goes beyond most mental health apps because it has a broader audience, helps students connect in a positive way and […] it provides useful information.”

Kate Bower, a junior psychology student, said she sees the app’s benefits and would use it herself if she didn’t already have a therapist.

“Let’s be honest, being a student is crazy […] between school, work and maintaining a social life, it can be difficult to take the time you need for yourself,” Bower said. “An app like Positivity+ can help so much [because] it works with your individual schedule and that’s so important.”

Upchurch said this is the purpose of the app. They want to help students get past any storm they’re facing—no matter how big or small.

”I have never seen a storm stay with an individual for 20 years. I can walk outside, it might have been raining earlier this morning, but it didn’t stay,” Upchurch said. “That’s how we see problems. They never stay.”

Positivity+ plans to expand across the U.S. in coming years.

They are also speaking with officials at ULM about it potentially being an available resource for ULM students to use.