Warhawks mauled by LSU, Auburn to start off season 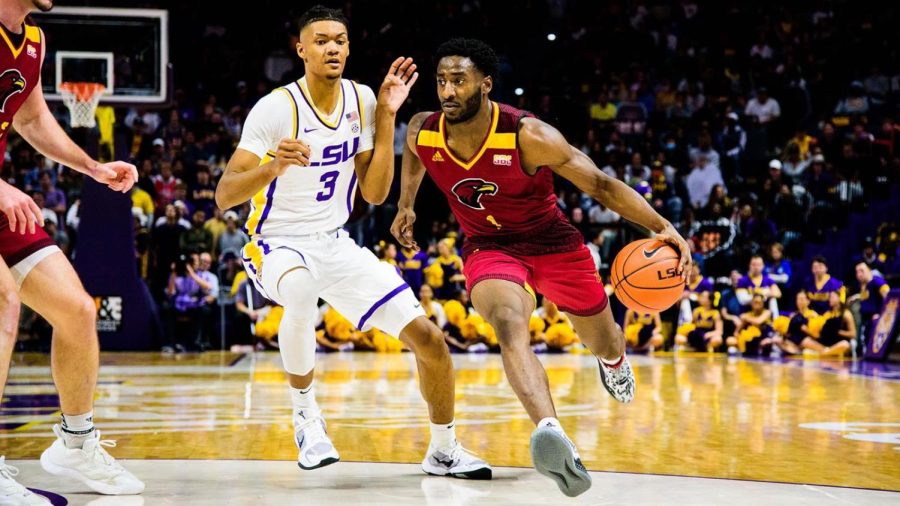 Due to the inefficient shooting and the superiority of their opponents, the Warhawks were swept in their opening week of play to start the season.

The Warhawks faced a tough task, having to face two SEC teams in LSU and Auburn, with the latter of the two being ranked 22nd in the country.

In the first matchup vs LSU, the Warhawks kept it competitive for only 11 minutes by keeping the score within 5 with 9:48 to go in the first half.

However, the positives stopped there as the rest of the first half was dominated by LSU.

The second half wasn’t any better, as LSU would continue the offensive streak, with 49 points in the second half. At the end, LSU would end up outscoring the Warhawks by 62 points in a 101-39 blowout, the worst loss in school history.

“Give LSU credit, that’s who they are”, head coach Keith Richard said. “I think that’s the team they’re going to be this year”.

The star for the Bayou Bengals was Darius Days, who had 30 points while shooting 8-9 from 3-point range to go along with six rebounds. Thomas Howell led the Warhawks with eight points and three rebounds. LSU as a team shot 52.8% on field goals, while ULM only shot 27.7%.

In their second matchup vs Auburn, the Warhawks were able to keep it close for the first half, and would lead at halftime 39-37. However, Auburn woke up in the second half with 56 points and had scoring runs of 25-7 and 18-7 to pull away and win 93-65.

ULM was able to perform better with shooting percentages, with 41.8% overall. The top player for ULM was Trey Boston, who went 7-9 with 16 points.

The lackluster free throw percentages plagued the Warhawks in their opening week, only shooting 58.8% vs LSU, and 58.3% vs Auburn. ULM also had plenty of shots to take, with 17 and 24 attempts in the two matchups.

The Warhawks will look to bounce back next week as they take on the Champion Christian Tigers out of Hot Springs, Arkansas. The game will take place on Nov. 16 at Fant-Ewing Coliseum at 6:30 p.m.