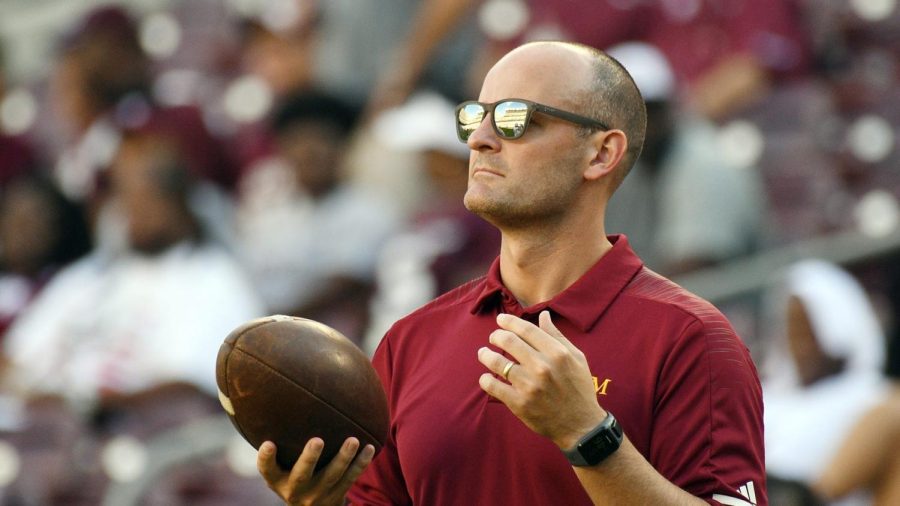 Out with the new, in with the old. With a plethora of departing coaches, the Warhawks reached out to former ULM assistant coaches Matt Kubik and John Carr to rejoin the team, and both coaches reclaimed their old roles.

Carr is the new receivers coach, and Kubik will become the next offensive coordinator and quarterbacks coach.

The duo will look to recreate their elite offense unit that ranked 17th in the NCAA Football Bowl Subdivision in total offensive yards at 461 yards per game.

Carr returns to Monroe after serving as the receiver’s coach for Sun Belt foe Troy from 2019 until 2021. The Trojans finished third in completion percentage and fifth in passing yards per game.

“Matt Kubik is one of the top offensive minds in college football,” ULM head coach Terry Bowden said. “Matt has knowledge about the Sun Belt Conference as well as the ULM football program.”

Kubik was instrumental to the development and success of former ULM quarterback Caleb Evans, who now plays for the Ottawa Redblacks of the Canadian Football League.

Kubik also brings a vital connection between local high school coaches and the university. Having spent over a decade in northeast Louisiana, his familiarity with local programs will bolster ULM’s recruiting abilities.

“I look forward to reconnecting with high school coaches in the area and continuing to build those important relationships,” Kubik said.

Carr adds to Kubik’s local knowledge. Before he entered the realm of college coaching, he was the head coach of Ouachita Parish High School for eight seasons.

“I’m energized being back on the ULM campus, and I know exciting times are ahead for this football program,” Carr said. “I’m ready to roll up my sleeves and go to work.”

The newly reunited coaches will look to create several offensive connections this season. But much of the offense’s development will fall around the development of quarterback Chandler Rogers.

Rogers flashed his potential in his debut season as a Warhawk, winning Sun Belt Conference Offensive Player of the Week and the Manning Award for Quarterback of the Week.

Bowden was left with coaching vacancies after the 2021 season when Rich Rodriguez accepted a position as the head coach of Jacksonville State University.

In his departure, Rodriguez recruited other coaches he met in his brief stay at ULM, including first-year defensive coordinator Zac Alley, to come with him.

Rodriguez afforded Bowden many luxuries in the initial stages of the ULM rebuild. Rodriguez served as the associate head coach and handled play calling duties for the 2021 season. Bowden said after Rodriguez’s departure that he will take over as the play caller for the future.

Bowden said Rodriguez’s departure was expected and he “is not disappointed.”

“I think he saw how rewarding and how enjoyable it is to be in a program like this and help build a program, and all of the sudden, Jacksonville starts calling, and he can go there,” Bowden said.

While the roles have been filled on the offensive side, Bowden is still searching for a defensive coordinator.