Warhawks win 3 in all important week 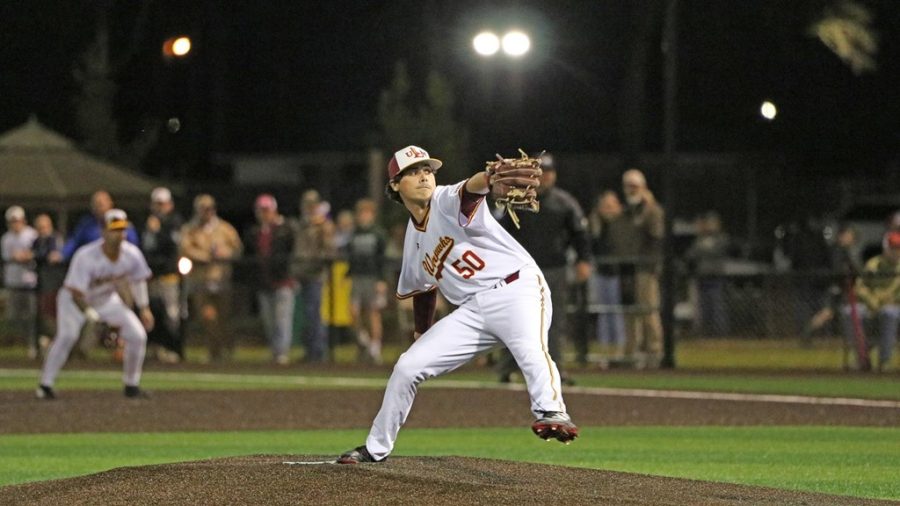 The ULM baseball team went into the week with only five wins and were looking to take advantage of a week full of baseball which included a Sun Belt Conference matchup versus Georgia State.

The Warhawks nabbed a convincing win over the Lumberjacks last Wednesday before taking narrow wins over the Panthers on Friday and Saturday.

Before that, the Warhawks had to take on Stephen F. Austin from the piney woods of East Texas.

The Lumberjacks also came into the week struggling with a 4-13 record.

In the first inning, SFA got off to a 2-0 lead with two one-RBI singles. But the Lumberjacks weren’t ready for ULM’s response—eight runs in the bottom of the first inning. This assault would be highlighted by a three-run homer from Grant Schulz and a grand slam from Mason Holt. The Warhawks led 8-2.

“I was just hacking early,” Holt said when discussing his grand slam. “The times I’ve come up this year with the bases loaded, I’ve taken too many pitches, I feel like. I was just looking for the first one available and trying to hit it hard.”

SFA cut the lead to four by the bottom of the seventh inning with home runs in the fifth and seventh innings. ULM responded with a four-run inning, which included a two-run homer by Caleb Sterling. ULM held on 13-6 to sour SFA’s trip back home.

In their seven-point margin of victory, ULM used use seven pitchers throughout the game, including Henry Shuffler who would collect the win. The top hitter for the Warhawks was Holt, whose final stat line was two-for-four at the plate with a grand slam and one walk.

ULM tied the score up at 3-3 in the seventh inning after losing its initial 2-1 lead.

Carson Orton pitched for the rest of the game after stepping up to the mound in the top of the eighth inning.

“It’s a lot easier than watching,” Orton said, who collected the win. “I’d rather be out there. My heart is a little slower out there on the mound.”

Orton kept his team alive as they entered extra innings. He stepped off the mound for the final time after the top of the 11th.

He watched from the dugout as Travis Washburn stepped to the plate and sent the ball sailing out of the park and put the Panthers to bed. The two-run home run gave ULM a 5-3 win.

Game two solidified that five was ULM’s lucky number as they went on to clinch the series with a 5-2 win.

Georgia State’s batting luck ran out through the rest of the game. They struck out in the top of the ninth inning and ULM clinched its first SBC series of the season.