Let’s move on from the slap 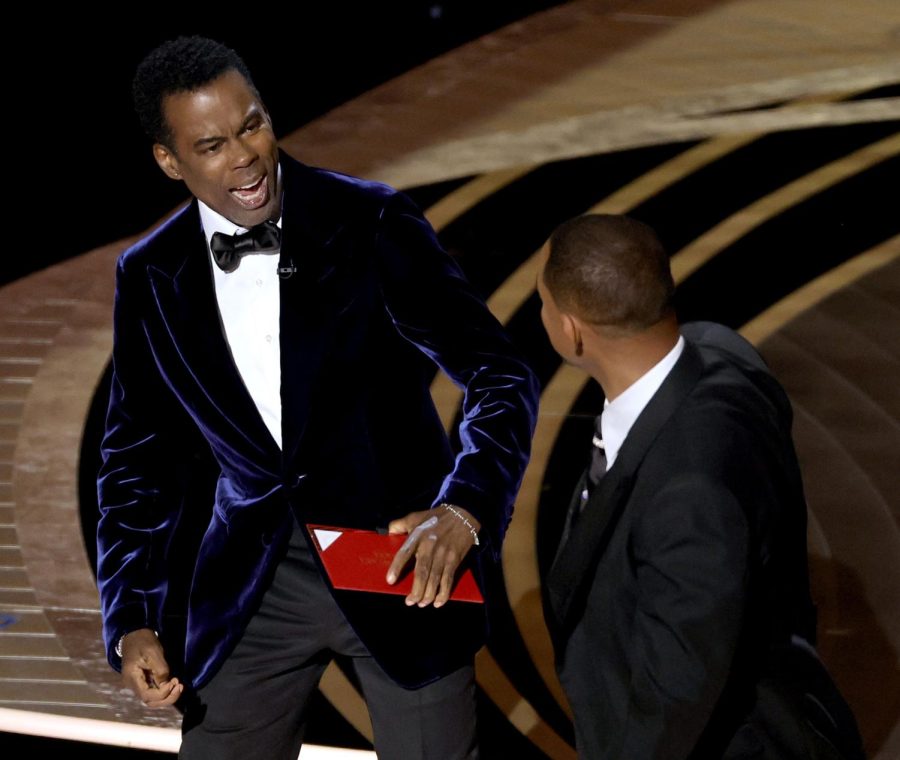 When celebrities fight, people love it. It’s a form of entertainment for us. We get to watch the drama unfold and take sides.

The most recent celebrity clash that has everyone arguing with their friends is the Chris Rock/Will Smith incident that happened at the 94th Academy Awards.

Rock, who was on stage, made a joke about Jada Pinkett-Smith’s shaved hair by referring to her as “G.I. Jane.” Pinkett-Smith has an autoimmune disease called Alopecia, which causes hair loss.

After the joke, Pinkett-Smith’s husband, Will Smith, walked up onto the stage, slapped Rock and returned to his seat before shouting at him.

So the question is—Whose side should you be on?

But there is no good side in this fight. Both of the stars crossed a line. You shouldn’t make fun of someone’s disease and you shouldn’t respond to hate with violence.

Some might say the slap was uncalled for because violence is never the answer, but some might say Rock just got what he deserved.

But really, neither of the two did the right thing. And nobody needs to be punished for this situation. They both just made mistakes and, unfortunately for them, they did it on live TV.

Smith has since apologized for his actions, and according to The New York Times, he voluntarily resigned from the Academy on April 1, saying that he “deprived other nominees and winners of their opportunity to celebrate and be celebrated for their extraordinary work.”

Some say he should have his new Oscar—the first he’s ever won—taken away.

But Smith didn’t win his Oscar for not hitting people. He won it for his work in “King Richard.” Just because he lost his temper doesn’t mean he’s all of the sudden a bad actor. The two aren’t related.

And yes, Rock’s joke was offensive. But there’s no good reason to start hating him now if you didn’t before.

Every comedian, including Rock, has told offensive jokes. It’s part of the job. Somebody is always going to be offended, becuase you can’t please everyone. The only reason people are mad at him now is because Smith called attention to it by slapping him.

It’s time we put this event behind us. Both people made mistakes. It made for some interesting TV, but it’s in the past. Let’s focus on the good that happened at the Oscars.

Ariana Debose became the first queer woman of color to win an Oscar. Maybe we should be talking about that instead.