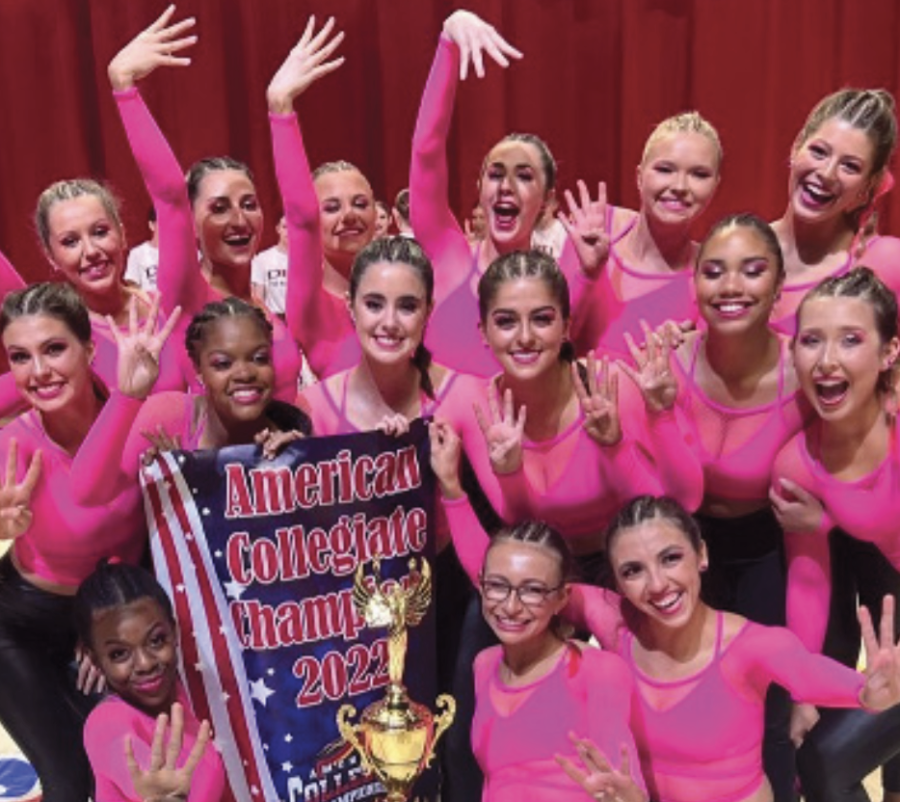 With three years of consecutive wins at Nationals

under their belt, the pressure was on for Hawkline

to come home with another national title.

After months of putting in their blood, sweat and

tears to prepare a routine, they were ready to show

up and show out. And that’s what they did.

Division award for the fourth consecutive year at

But Hawkline didn’t come home with one award,

place, Overall D1A Championship and the Best of

The Best of the Best award is awarded to the team

with the highest scoring routine from the D1A &

co-captain, they competed with 13 other teams for

team worked hard to win this title, and “the number

of hours these ladies put in to prepare […] is

According to Essien, the work starts over winter

break. They first train to strengthen their bodies,

then a week before spring semester they begin

It doesn’t end there. Practices are extensive and

to learn the material. And after they learn it, it’s

time to clean it up and perfect it.

“We never slow down because once you do it’s

Not only is it worth it for the members, but it’s

worth it for Attaway.

Attaway said once she became a coach she had to

put her trust in the team, but they have made her

job much easier because of the time they’re willing

to put in to be great.

“As a coach, I have to put my trust in my team

competition would reflect how well we did,” Attaway

said. “As their coach, I am proud of them and

the hard work they have put in over the last several

months. No matter the outcome, they know without

a doubt they worked extremely hard to get where

Hawkline will compete on April 6 at the National