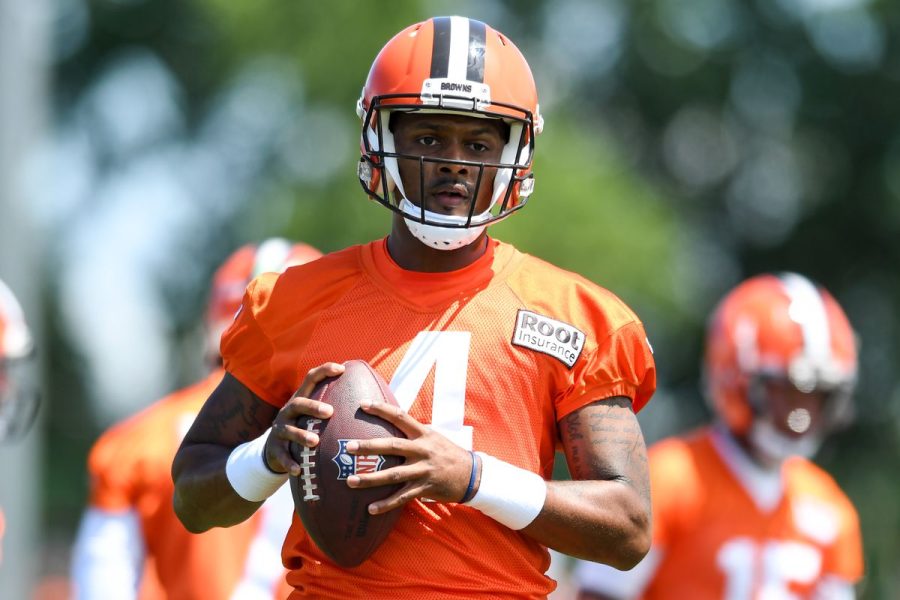 On Aug. 18, Cleveland Browns quarterback Deshaun Watson was officially suspended for 11 games of the 2022 NFL season for sexual misconduct. Along with the suspension, Watson will also receive a fine of $5 million from the NFL.

Watson should have been suspended for at least one season, and the fact that he is even going to play this season is a bad look for the NFL.

The first thing that needs to be considered is the case itself. Throughout his career, Watson had been sexually assaulting women during message sessions.

In total, 24 lawsuits were filed against the quarterback, with most of them being settled. Watson will not face criminal charges.

Watson was originally going to be suspended for six games with a proposal from federal judge Sue L. Robinson, but the NFL appealed this decision, aiming to suspend Watson for a full season. Watson and the NFL agreed to the 11-game suspension.

Over the past decade, the NFL has been inconsistent with its discipline towards its players. One example of this is the year-long suspension given to Atlanta Falcons wide receiver Calvin Ridley for gambling on his own team.

By this logic, the NFL believes that placing bets is worse than multiple counts of sexual assault.

Another comparison can be made with the Trevor Bauer case. The Los Angeles Dodgers pitcher was given a 2-year suspension for sexual assault.

This is the most severe punishment ever handed out in a domestic violence case by the MLB. In comparison, Watson received 11 games to Bauer’s two years with Bauer doing the same thing towards less women.

The 11-game suspension received by the Browns quarterback is too soft when you consider other players have been suspended for more time doing less severe crimes. It also proves that how you are treated by the NFL is based on how good of a player you are.

Since Watson is a superstar and can give the league money, the NFL is less likely to hand him a long suspension. If he was a backup who didn’t play, his suspension would end up being much longer.

It reflects poorly on the league and shows that the main priority for the NFL is not player discipline, but money.