Warhawks’ 2022 campaign off to rough start in tournament 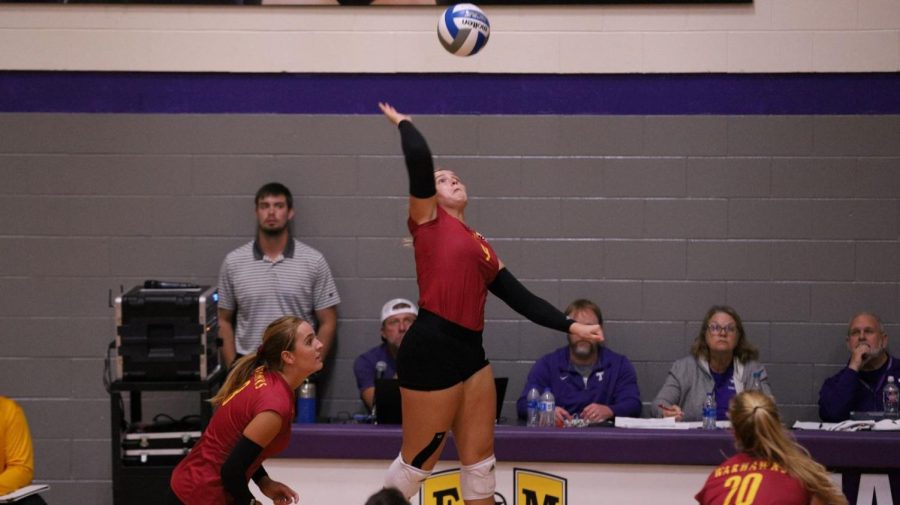 The new year is off to a less-than-optimal start for ULM volleyball. The Warhawks began their season in the Texan Invitational Tournament hosted by Tarleton State and went 0-for-3 in their three contests.

Despite valiant efforts in two five-set games, this Warhawks unit was gassed in the final moments and these matches slipped away.

Even with the trifecta of losses on the record, head coach Charlie Olson remains optimistic on the season moving forward.

“This weekend we saw exponential growth with this program,” Olson said. “Grit, IQ, depth, energy and excitement. We are close.”

One strategy was apparent for ULM—feed the hot hands of Madeline Williams. The graduate student made her indoor debut for ULM in grand fashion.

Williams tallied 42 kills through three games with her best outing coming against Fairleigh Dickinson. Williams drilled 19 kills into the Knights’ end of the court. Yet the Warhawks found themselves trailing the Knights in the fifth set. Just when a comeback was brewing, FDU’s Kylie Nott silenced ULM for the final time in the game.

The day before their matchup with FDU ended in heartbreak. ULM took sets one and three confidently but their offense got shut out by the Northwestern State Demons in the final two sets. ULM was outscored 21-40.

By the final match of the tournament, this Warhawks squad had the weight of the previous two matches on their shoulders. The tournament Tarelton State Texans kept the Warhawks to 20 or less points in all three sets to a smooth win and hand ULM its third loss of the weekend.