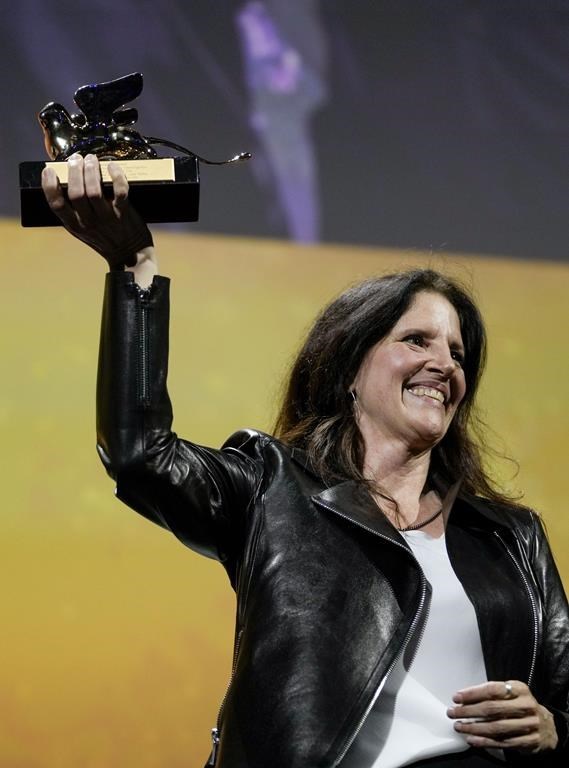 The Venice International Film Festival finished on Sept. 10 by awarding actors, directors and films from around the world.

Nine of the competition films were from the U.S. One of which won the Golden Lion Award.

The Golden Lion is the highest prize a film can earn. This year it was awarded to “All the Beauty and the Bloodshed.”

“All the Beauty and the Bloodshed” was directed by Laura Poitras.  The film takes a closer look at the opioid crisis.

According to Deadline, “The film is a portrait of Nan Goldin, the 68-year-old photographer who was prescribed OxyContin, quickly became addicted to it, found recovery through a replacement drug and then threw her energies into calling the Sackler family to account.”

The Marcello Mastroianni Award for Best New Young Actor or Actress was given to Taylor Russell for his work in “Bones And All.”

“Bones And All” stars popular actor Timothée Chalamet and was directed by Luca Guadagnino.

The film is a love story about two people left living on the margins of society. The main characters travel around America, but they can’t leave their traumatic pasts behind.

Cate Blanchett was deemed Best Actress at the festival for her acting in “Tár.” “Tár”—directed by Todd Field—focuses on the first female to become a chief conductor of a major German orchestra.

Even though “Don’t Worry Darling” was in the out-of-competition category, fans have been vocal about their excitement for the film.

“Don’t Worry Darling” is only one of the well-anticipated films shown at the Venice Film Festival.

“The Whale”, “White Noise” and “Blonde” are a few other U.S. films with a recognizable cast that received praise at the festival.

According to the Associated Press, many of the films could be strong contenders at the Oscars.

With the enthusiasm surrounding these films, they are set to hit it big at awards shows and the box office.