FDA must crack down on vaping products 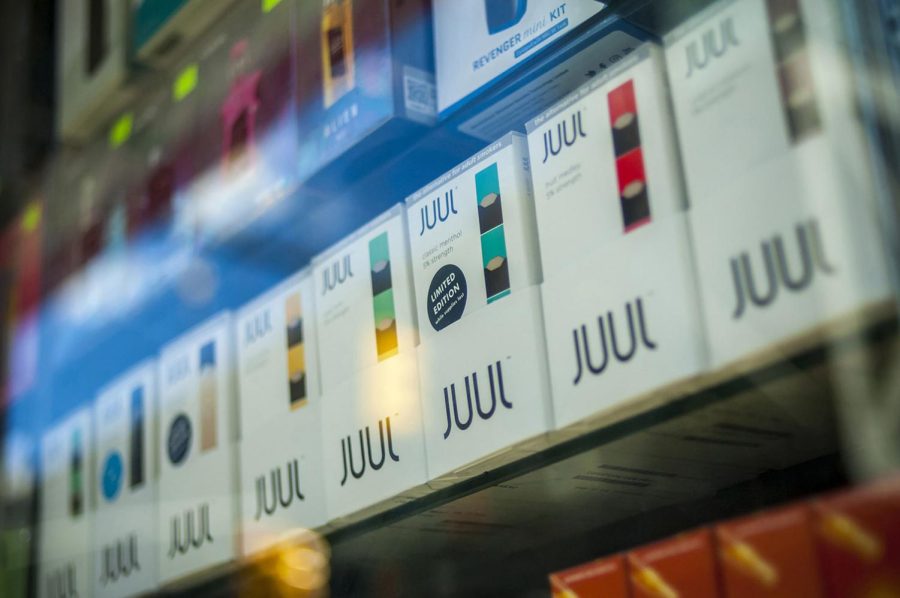 If you were to walk through a college campus and ask a random student, “Do you have a vape?” you would be looking at a vape product in only a matter of seconds.

Vaping has become a part of the college experience.

JUUL was a leading seller of e-cigarettes after its launch in 2015. A single JUUL pod contains as much nicotine as a pack of 20 cigarettes.

To combat the nationwide issues of vaping, the FDA moved to ban JUUL e-cigarettes in the U.S.

The banning of JUULs is a positive action taken by the FDA, but more products need to be regulated.

It is disappointing to see the impact of addiction. Once a person begins vaping—even if it is once or twice—the body becomes addicted to the chemical products, making it very difficult to stop.

Many people have the misconception that vaping has no effect on their school life and is a personal choice that only harms their health.

A study performed by U.S. Surgeon General Vivek Murthy showed that nicotine changes the way synapses are formed, which can harm parts of the brain. So not only does vaping affect the lungs but also the brain and attention span.

With JUUL no longer a big concern in the U.S., more focus needs to be on which products young adults are now using most.

Today, flavored vapes have become a popular choice. To truly decrease vape use among the youth, the first step would be to ban flavored vapes and disposables.

The flavoring makes nicotine more appealing to a younger audience and creates addiction earlier in life.

Though the right steps are being taken to decrease smoking in younger audiences, there should be more regulation in place to protect young adults from nicotine addiction.