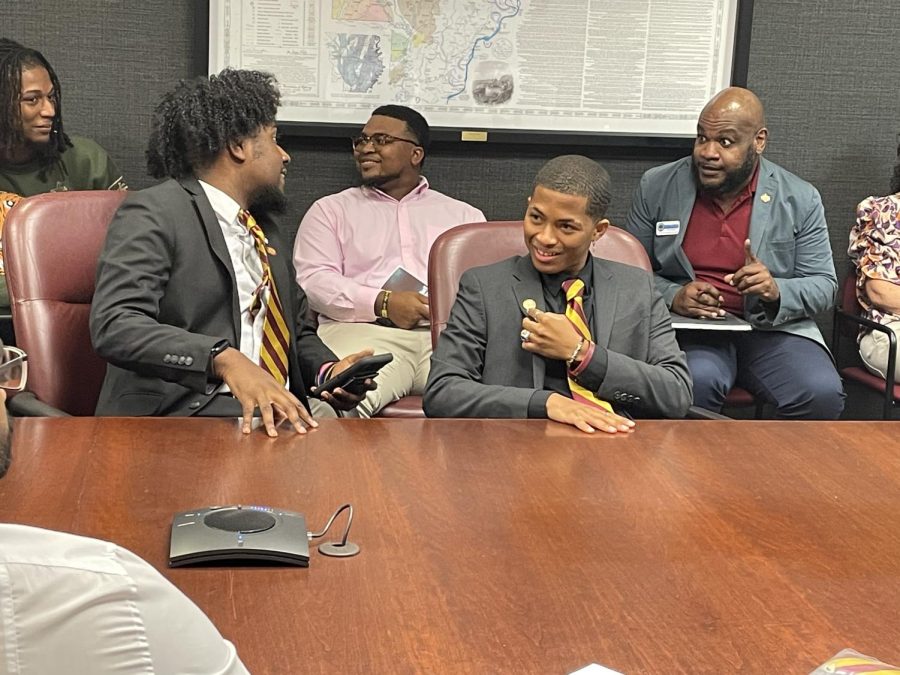 A packed conference room full of very important figures is a setting many college students aim to be a part of one day. The doors were open for ULM students to be in this setting last Tuesday during Ties with Guys.

ULM President Ronald Berry, Interim Athletic Director Seth Hall and Dean of College of Pharmacy Glenn Anderson showed up to talk to students on how to be successful and answer any questions the students needed to know.

The trio spoke to students in the first meeting of the semester about leadership as well as academic and civil engagement.

Berry spoke on developing leadership at a young age and the ever-present challenges of being responsible for a group or organization with a common vision.

“Telling people what to do is not leadership—that’s management,” Berry said. “Leadership is letting people own who they are, empowering them and helping them become the best version of themselves.”

Students filed into the room and tallied up the highest attendance for the meeting in recent memory.

And many of the students felt the experience opened up discussions they wouldn’t have been able to have outside this environment.

“Talking with Dr. Berry in the conference was extremely helpful,” Moses said. “I had his undivided attention and I was able to vent to him with immediate feedback about my concerns.”

But the topics the speakers came prepared for had a lasting impact on those crowded around in the library’s sixth floor conference room.

“It makes you feel big and that you can succeed in what you are doing,” Earnest Wyatt, a senior psychology major said.

Ties with Guys will be held each month, except December, for the rest of the academic year. Speakers and topics will vary each month with next month’s meeting centering on mental health.