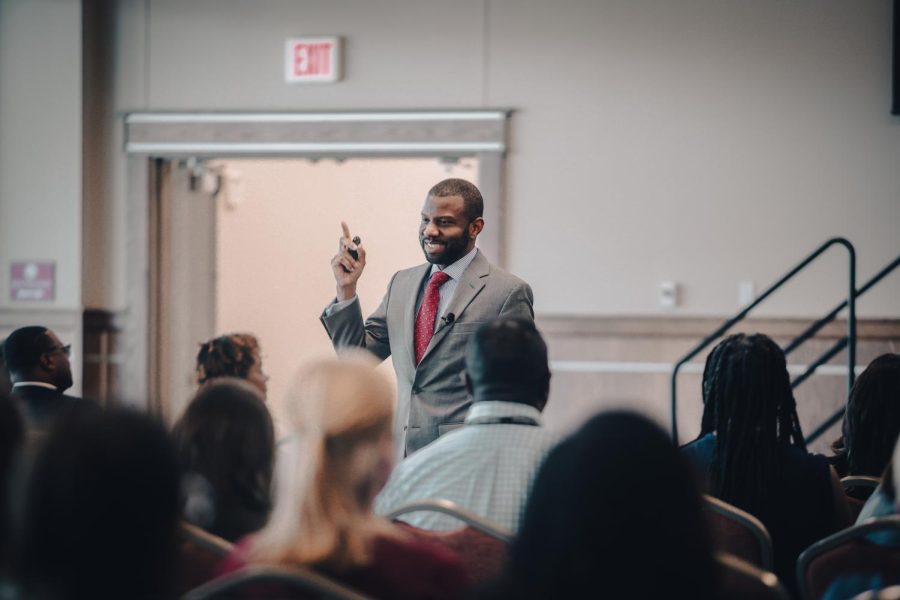 Ivory Toldson, a doctor in counseling psychology, came to ULM last Thursday to speak on the importance of having quality research and statistics.

ULM was honored to host Toldson. He has served in several capacities across the country, including as the NAACP’s National Director of Education and Research and an advisor to President Obama.

The professional development conference at Bayou Pointe focused on Toldson’s research in education and how bad statistics have negatively affected African-Americans.

His research showed how African-American students are affected more gravely than their white counterparts because many researchers and educators separate the person from the numbers they represent.

“Numbers are people, and it’s our ability to see numbers as people that helps us to use numbers responsibly,” Toldson said.

During his talk, he also displayed heavily-circulated statistics about African-American students, and he would debunk them.

Sophomore business administration major Toby Green liked the way Toldson presented the stats. “Not only did he debunk [the statistics], he also provided a solution to the problem given,” Green said.

Toldson provided some solutions to the problems within the education system as a whole as well. One issue he brought up was how standardized tests do not look at the whole individual but only looks at how they perform based on their peers.

He proposed that tests also take into account the student’s goals to give them a more individualized report.

“You’ll get a different report back on whether you wanted to be an astronaut or a novelist,” Toldson said.

Educators and students in attendance left the conference with a new perspective on the education system and solutions for the problems that prevail.