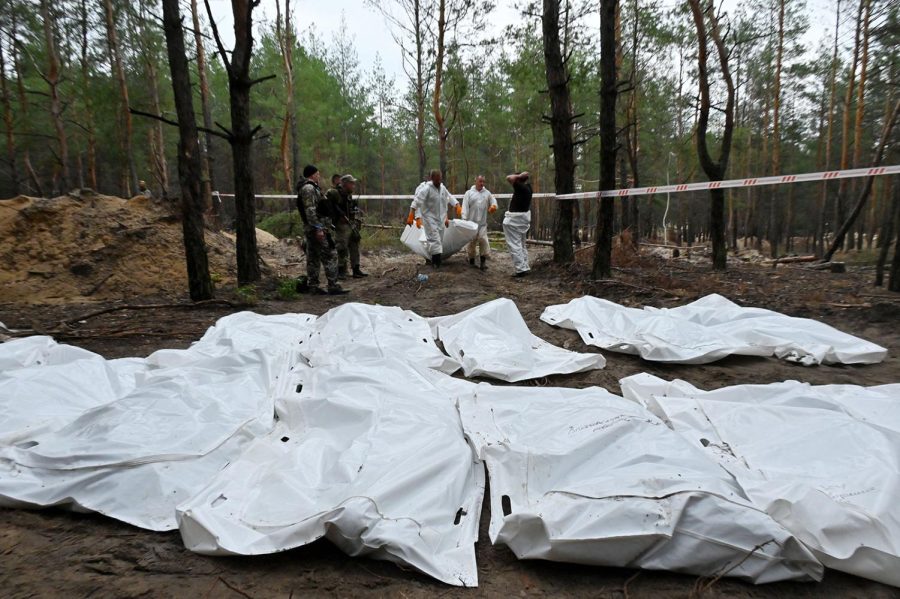 The war in Ukraine has raged on for seven months now. With the death toll near 6,000 and the number of refugees over 6 million, there is still little hope for a possible end to this war.

Last week, the Ukrainians garnered some victory after they took key cities back from the Russians for the first time since the invasion in February. But those victories soon turned to sorrow when mass graves were found.

According to CNN, at least 440 graves were found in the Ukrainian city of Izium. The majority of the graves were found with a cross at the head of the burial site. But this did little to comfort Ukrainian officials as many of the bodies showed signs of torture and abuse.

Ukrainian President Volodymyr Zelenskyy wrote on Telegram, “The whole world should see this. A world in which there should be no cruelty and terrorism. But all this is there. And its name is Russia.”

Some of the bodies were found with their hands bound or ropes around the neck. A war crimes investigation team from the United Nations said the bodies show evidence of dying a violent death.

Among the dead are civilians and servicemen alike. Some children have also been found in graves with the youngest noted at five years old.

Ukrainian officials made it known they want Russia to pay for the crimes committed in this war, and they show no signs of backing down to the Russian powerhouse.

Russia, on the other hand, has made moves to escalate their presence in Ukraine after Vladimir Putin met with the Chinese and Indian presidents last week at a security summit.

Although their official position remains neutral, China and India have supported Russia in the war by continuing to buy oil and sending supplies. With all of these actions taken by Russia and the discovery by Ukraine, the war shows no signs of slowing down.