Don’t you hate it when someone looks over your shoulder while you are on your phone or computer? It’s a breach of privacy. What I am viewing on the internet is my business unless I choose to share it with someone else. Well, this fact may change very soon with a flourish of a pen on paper.

The Senate and the House of Representatives both passed a bill that allows internet service providers (ISPs) to sell your internet data. The data that can be sold includes shopping patterns and browsing data. This means that ISPs won’t have to ask permission before selling this data.

Currently, the Broadband Consumer Privacy Proposal forces ISPs to ask subscribers before they share their data. With the removal of this proposal, companies like AT&T and Comcast can sell subscribers’ data to advertisers.

I’m sure you have noticed the extra ads on YouTube and the Facebook sidebar ads related to that new pair of shoes you looked at on just moments earlier on Amazon. Now imagine multiplying the scale of those ads.

The proposed bill passed the House of Representatives by a narrow 215-205 count vote. The vote in the Senate was equally close with 50 votes voting “yes” and 48 voting “no.” If you were wondering, both Senators Cassidy and Kennedy from Louisiana voted for the bill. Also, three Louisiana representatives voted to support the bill.

What else is sad is the amount of money telecommunication companies gave to our senators and representatives to encourage their “yes” vote.

According to the National Institute on Money in State Politics, a non-profit group who collects data on political contributions, Senator Cassidy was given a donation of $35,000 while Senator Kennedy was given $1,000. You may think this isn’t a lot of money, and you’re right. In comparison to some other senators like Senator Chuck Grassley of Iowa, $135,000, and Kentucky’s Senator Mitch McConnell, a whopping $251,000, the combined $36,000 donated to Louisiana’s senators is relatively low.

I’ll briefly mention that Louisiana’s representatives were also given generous donations too: $121,750 for Steve Scalise, $5,750 for Ralph Abraham and $300 for Clay Higgins according to the National Institute on Money in State Politics.

It’s not right that our internet privacy is being sold to the highest bidder. We are already subjected to massive amounts of advertising, but now companies will have more data to push more products in our face. If you didn’t know already, Facebook and Google already monitor your internet activity, but now ISPs will exploit your data further.

This move is primarily set on making money. ISPs want to find every advantage they can to raise profits. The ability to sell your personal data will make ISPs rich since companies who want to sell their products will push for an advantage in the market.

Minnesota democratic Representative, Keith Ellison, gave a good response to the bill if it passes. “Any member of Congress who thinks this bill is a good idea ought to release their personal browsing history to their constituents. It’s only fair.” I agree with Ellsion, and I’m excited to see that “Cards Against Humanity” creator Max Temkin has said he will be buying Congress’s browsing history if this bill passes.

If Temkin is planning on buying Congress’ browsing data, does that mean that anyone can buy your personal data? This could open up a special market that allows anyone to pay for your personal internet search history. It’s bad enough that advertising companies will be competing for your data, but a criminal could buy your internet search data to find out more about you. This could open up for more crimes such as identity theft and burglaries.

Your internet privacy is at risk. What other private information could be at risk in the near future?

If you want a picture to show with your comment, go get a gravatar. 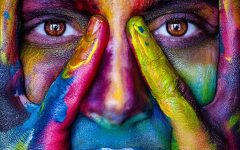 Good art can be made by bad people 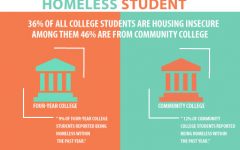 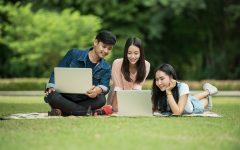 Find friends who think differently than you 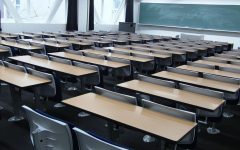 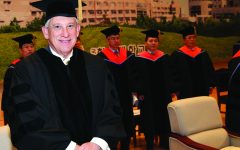 Farewell to our president, great leader

The Hawkeye • Copyright 2020 • FLEX WordPress Theme by SNO • Log in